How about an iPod for Giving?

Recently I wrote a chapter for a book to be published next year. They asked for 2,000 words. I gave them 4,000, explaining that I did not have time to write something shorter.

It is true that short and simple often require more work than long and convoluted.

The same holds true for features on a web site.

Earlier, I blogged on the value of simplicity. As an example, I reflected on how difficult it is to watch TV these days. There are often three or four remote controls to contend with - all with different sequences of buttons, etc. Compare that to how it used to be: You went up to the TV, pushed one switch to turn it on, and turned a dial to change the channel.

I wondered if Apple would ever take up the challenge to simplify the TV situation. 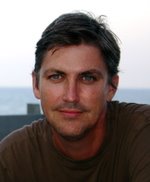 Steven Johnson recently wrote about this topic in Slate. He is far more eloquent than I:

One of the ironies of the last decade of technological change is that things that used to be difficult for ordinary folks to master—setting up an e-mail account, getting an Internet connection—have grown far simpler. Meanwhile, lots of things that used to be easy—say, changing channels while watching TV—have gotten more perplexing. You know the drill: You try to change the channel using the TV remote when you actually need to use the cable box remote (or the TiVo remote), and suddenly the screen goes blank because it's on Channel 4 instead of Channel 3. I know many people who have printed instructions near their media system that explain how to turn it on or how to turn up the volume.

GlobalGiving is growing steadily, and people generally report that they like our web site. While I am happy to hear that, I know it can be much better and much simpler.

Maybe we will never become the iPod for giving. But that does not mean we should not try.