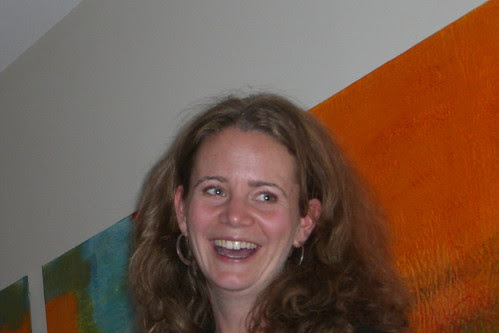 "So here's the rub. I have just been offered the job as Executive Director of the Maine Women's Fund. "

Mari and I were stunned. We were having a general check-in and strategy lunch with Eli Stefanski, GlobalGiving's Chief Program Officer. We had just started talking about the end of the year campaign and our ambitious plans for next year when she dropped this bombshell on us.

Silence. It took us a while to assimilate this. "And...?

"I have decided to take it. You know I have always wanted to live in Maine, and this is the perfect opportunity, even though I hate the idea of leaving GlobalGiving and the timing is lousy."

Mari and I were floored, but there was only one right answer, and we both said it at the same time: "You have to do it; it is too good to pass up."

But I was devastated.

Eli had been a key part of the DNA of GlobalGiving since she joined, three years ago. She came on board at a critical time, and had become integral to the growth and success of GlobalGiving. In particular, she had built up our Project Sponsor Network from about three organizations to over forty. This meant we had a worldwide partner network with operations in over 100 countries that could vet projects. This network had been critical to our success in getting millions of dollars of funding to over 700 projects. And Eli was integral to nearly all the strategic decisions we had taken in the last three years.

Of course, this is not the end of the world; there are plenty of talented people out there, and some fresh blood will probably help take us in good directions we had not anticipated. In fact, we have already talked to a few candidates, and the gloom has lifted.

But still. Eli is one of a kind and cannot be replaced as a person or colleague.

========
Last Thursday was Eli's last day, and on Wednesday night we had a big party for her where we told stories, showed pictures, and had a good time. On Thursday, she packed her boxes, and left the office. We all said goodbye as if she were headed off on vacation.

Eli called yesterday. She said that as she drove into Portland with her husband Scott and Lab George, it was starting to snow. She was starting a new life, far from the hustle and bustle of Washington. She sounded very good, excited, but relaxed - and at home.