People often ask me for suggestions on what to read so they can better understand how international development works. There are many excellent books out there (and some really bad ones), but three stand out, and if I had limited time I would focus on one or two of these. In fact, a lazy development economics student could get more than a decent education by just reading these three books: 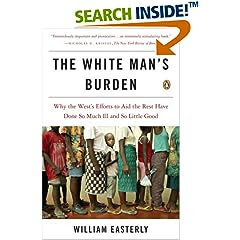 White Man's Burden, by William Easterly. This book is an in-depth exploration of the structure of the aid industry. The bottom line is that aid is done mostly by top-down "planners" rather than bottom-up "searchers." In my view, this book is the best pointer to the future of where aid needs to go.

How to Change the World, by David Bornstein. David does in-depth stories about a number of incredible "social entrepreneurs" who are changing the world by introducing innovations in the economic, social, and environmental spheres. These people are superb examples of the "searchers" that Bill Easterly talks about, and they are the type of people who lead projects listed on GlobalGiving.

The Elusive Quest for Growth, by William Easterly. This book is about all th 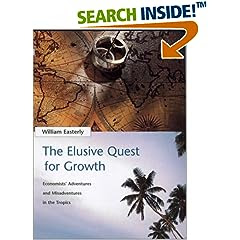 e grand theories underlying foreign aid over the past 50 years, and about the lack of evidence that any of them have worked. In addition to being very entertaining, this book will arm you against the charlatans out there (including some prominent ones) who are trying to re-bottle old, failed approaches and sell them as new "breakthroughs."

If you read these three books, you will be well on your way to being an effective philanthropist, aid worker, or just informed citizen.

[GlobalGiving]
Posted by Dennis Whittle at 11:05 AM | Permalink

Recently I was invited to Oxford University to speak at an excellent conference led by Ngaire Woods and Ravi Kanbur on new directions for international aid. As with many such conferences, there were calls for better partnerships between aid organizations. There is understandable frustration in some countries with too many aid agencies and NGOs tripping over one another and "doing the same thing." There is also a sense that the aid industry is under-funded, and that it is wrong for any organization to "waste" resources by doing the same thing another agency is doing.

I have heard this same old complaint so many times over the years that I could not take it any more. So in my talk, I said that this is the wrong way to look at it. The problem is not duplication. The problem is the lack of a market-type mechanism to ensure that over time more resources flow to the agencies providing the best service. Focusing on partnerships often implies a zero sum game, based on a scarcity of resources that need to be parceled out carefully. Markets, by contrast, are a non-zero-sum game, since market-based transactions by their very nature create new value.

From 1992 to 1997, I worked in Russia for the World Bank, and I met many people who were formerly part of Gosplan, the central planning bureau of the Soviet Union. The mentality of central planning was also a psychology of scarcity. Therefore, the Soviets resisted any form of "wasteful" competition, and created single, enormous enterprises designed to provide huge regions or even the entire country with items ranging from cars to shoes. One outcome of this was terrible quality (have you ever ridden in a Lada car?), little consumer choice (you could have that Lada in any color as long as it was black or white), lots of shortages ("actually, we are out of stock of that Lada right now"), and v-e-r-y slow innovation ("this year we are introducing a new feature - front seats that slide back and forth to accommodate taller or shorter drivers!")

Can you imagine if there was only one cell phone manufacturer in the world? Do you remember how big and heavy those first cell phones were? Last time I checked, there were literally hundreds of cell phone choices available, with all sorts of different features, and at all different prices. Different people buy different phones based on their own particular needs, preferences, and resources available. By contrast, this choice is not easily available to governments or communities looking for help in growing their economies and improving their societies. And calls for more partnerships in the aid industry are actually calls for restricting this choice even further.

If Microsoft and Google announced a new "partnership" to provide a single search utility, there would be loud cries of "monopoly" and out anti-trust regulators would get to work right away to protect the interests of consumers. Why don't we hear the same cries when the UN and the World Bank announce a joint, coordinated program to provide clean water to poor people?

I expected my speech at Oxford to elicit protests from some of the senior aid people there. But you know what? Deep down they know what I was saying is true. In this fast-paced world with innovations leaping out at us from every angle, no one likes working in a kludgy system that is unable to respond to what the world needs now. And aid officials are no exception.

[GlobalGiving]
Posted by Dennis Whittle at 10:56 AM | Permalink

And they're off! Voting is now open in the GlobalGiving Filmfest. We asked amateur videographers to create short videos that would bring alive the impact of projects on GlobalGiving. Thirteen finalists are now posted on KarmaTube - and the styles vary widely. I was going to highlight one or two here, but I was afraid I might influence the voting. So check them out, vote, and let me know what you think!

You don't necessarily have to follow all the rules...

Global X over at SocialEdge (the guy on the right in the red photo holding up the cell phone camera) is constantly experimenting with new features - and pushing us to do the same. He pushed blogging well before the pack and now has launched a series of video interviews of people in t 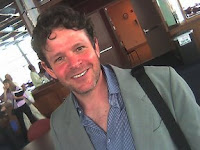 he social entrepreneurship community. Today I watched his interview with David Bornstein (below) author of the excellent How to Change the World. David is not only a superb writer, but a very thoughtful and modest person - in short, someone with whom it is a real pleasure to spend time. Watch his video here, and you will see what I mean.


[GlobalGiving]
Posted by Dennis Whittle at 11:48 AM | Permalink

Below is cool widget that a team from the Stanford d. School's CIA-KGB class did to make it easier for people to find and fund GlobalGiving-listed projects recommended by returned Peace Corps volunteers.

We have been looking at a number of different approaches to widgets. But before we could put anything into production, the d. School students went to work--and got this prototype out in about a week! Check it out...

You can't eat a pedicure

You can't eat a pedicure, but for the same amount of money you can provide an AIDS

-orphaned girl in Uganda with school materials for one year.

That is (one of) the premise(s) of a site called Tripgiver.org, which was recently created by a team of students in the class at the Stanford d. School that I described in my previous post.

Tripgiver combines a number of interesting elements. The over-arching idea is that you are going on a trip to Africa. You want to show your friends and family where you are going and enable them to support projects in areas you visit.

First, it shows what impact your friends can have in one of the countries you are visiting for the same amount they would spend on everyday items such as books, pizza, or socks. The traveller selects one or more options from a menu.

Then, it allows the user to create a map of her travels using Google Maps.

Third, it allows the traveller to create a widget that combines these elements for posting in a blog or website. It looks like this:

This prototype is rough around the edges, and it may have too many things going on, but it does demonstrate some compelling ideas, a couple of which we are including in our next release.

You did THAT in FOUR weeks?

This small and intense project-based class is built around two team efforts to “spread” positive behavior, which will be bolstered by exposure to, and coaching from, industry experts and academics. The first project will be an initiative done with Mozilla, the second a project focused on building the user base of a social venture called Global Giving that runs an online marketplace connecting donors with social entrepreneurs globally.

That is an excerpt from the description of a recently completed course at the Stanford Design School called Creating Infectious Action, Kindling Gregarious Behavior (CIA-KGB!) The class was comprised of several inter-disciplinary groups. Each group typically included an MBA student, an engineering student, a computer science student, and a law student, sociologist, or other social scientist. Their mission was - in the space of four short weeks - to learn all about GlobalGiving and then to construct an operational web site or other channel that would spur people to sign up and support project. Each group took a different point of view in terms of the target audience, what that audience cares about, and what would spur them to take action.

Here is the first site, called GlobalGiving Champions. In coming posts, I will show you what the other groups did. I was absolutely stunned by what each could deliver in such a short period.

Champion of the Week


More info here about this extraordinary class at Stanford.

[GlobalGiving]
Posted by Dennis Whittle at 11:56 AM | Permalink