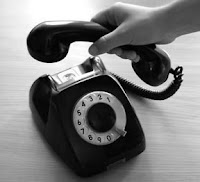 "Just don't return their calls; you don't need them."

The scene was 1990 in a World Bank staff meeting. Our director, a very imposing guy, was telling us that he thought we spent too much time talking to people contacting us from outside the World Bank. His view was that we should focus on our work - in other words, process our reports and loans - and ignore everyone else.

Last week, a friend told me that she had been in discussions with a potential partner on a deal, but that suddenly her emails and phone calls were no longer returned. She felt powerless, since she was dealing with a very large company, and her own start-up was at the mercy of the partner.

This reminded me of my own path over the last few years. In late 2000, I was a powerful person after 14 years at the World Bank. As co-head of the Corporate Strategy and Innovation Groups, I had many staff and huge resources at my disposal. When I called people, they left other meetings to take my calls. Emails were returned instantly. In my last few months on the job, I was overseeing the allocation of the World Bank's entire $1.2 billion administrative budget, and senior executives went out of their way in the staff cafeteria to come say hello.

All of this changed on October 15, 2000, when I resigned from my job to help create GlobalGiving. Suddenly, my co-founder and I had no staff and no power. No one returned our calls. The office was quiet: no one came to visit. We were on our own. It was one of the most humbling and frustrating experiences of my life. But then I realized: this is what life is like for almost everyone outside the walls of power.

Now, after much hard work, many people have heard about GlobalGiving, and my calls usually get returned. But my experience made me determined not to repeat old patterns. Having experienced both ends of the power spectrum, I identify with the people who contact our office every day wanting to post a project or offer their expertise.

We are trying hard here at GlobalGiving to have a culture of responsiveness. Although we still feel small in the grand scheme of things, we are often perceived by those who contact us as the powerful one. As we continue to grow, I want us never to never lose sight of that.

[GlobalGiving]
Posted by Dennis Whittle at 11:35 AM