Giving Challenge Results are In...

Check out the results of the America's Giving Challenge, backed by the Case Foundation, promoted by Parade Magazine, and implemented by GlobalGiving and Network for Good.

Earlier I blogged about how the Challenge was promoting the democratization of philanthropy. There were many great stories emerging from the Challenge that demonstrated this. Since I love pulling for the underdog, I want to share the following story about the fundraiser who won second place in the global competition: 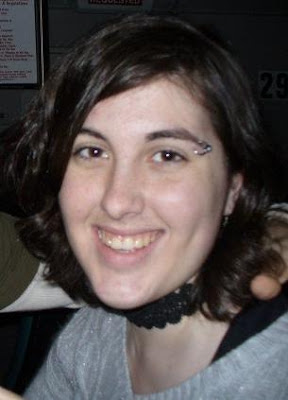 Erin Kelly, a junior at University of Mary Washington in Virginia,
wrote to GlobalGiving on January 19th asking if she could participate in the Challenge. Erin is a member of Students Helping Honduras, founded by another UMW student after a trip organized by a campus association. Erin wanted to fundraise for a project providing fuel efficient cook stoves, addressing indoor air pollution – the fourth most lethal killer in the developing world (after malnutrition, unsafe sex and lack of safe water and sanitation).

When Erin contacted GlobalGiving, there were less than two weeks to go in the contest. Worse, the leading fundraiser had already mobilized almost 1,000 donors. GlobalGiving team member Manmeet Mehta told her that the odds of winning were slim, but that she was welcome to try if she was willing to pull out all stops.
Erin’s fundraiser was set-up and listed on the site on Jan 22nd, a mere nine days before the competition ended. She and her colleagues responded with amazing enthusiasm, a clear strategy and a flurry of activity. They mobilized their networks and encouraged those networks to reach out to other friends and family.

Erin and her friends rapidly raised hundreds of donations. They constantly refreshed the “Leaderboard” on the GlobalGiving site to check their status. Amazingly, they were soon among the top ten fundraisers. But the deadline was fast approaching, and they needed to be in the top four to win a $50,000 prize. The other fundraisers were collecting donors at an ever-faster clip as the deadline grew near. So Erin and her friends poured it on: they held phone-a-thons for four days straight, emailed all their contacts again, and used instant messenging and Facebook to mobilize students at other campuses including Virginia Tech, William&Mary, and Christopher Newport.

When the final bell rang on January 31 at 3 pm EST, Erin Kelly and her friends were in second place, having amassed more than 1600 donors. They were exhausted but elated: between the donations they raised from friends and the Case Foundation prize, they would be able to provide more than $70,000 in funding to the cook stove project. These funds will improve the health and well being of hundreds of families, especially pregnant women and children. In addition, Erin’s group is now listed with GlobalGiving and can fundraise from around the world on a year-round basis.