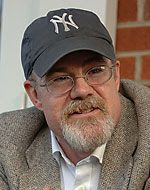 Bill Easterly has just started a blog called "Aid Watch." And although Bill has bad judgement with respect to sports teams, you should subscribe to his blog if you want clear thinking about how to fix the international aid system.  Judging by the large number of comments on his first two posts, this blog is going to be very popular, and for good reason.

Bill is a former colleague at the World Bank.  More importantly, he is the author of The Elusive Quest for Growth and White Man's Burden, two must-reads for people who want to get a quick (and entertaining) overview of the history of international aid, why it has underperformed, and what must be done to re-orient it.

Bill is also the editor, more recently, of Reinventing Foreign Aid, a collection of essays by some of the leading thinkers and doers in the field.  Get that book, read the executive summary first, and then dip into selected chapters that are of particular interest.  (Full disclosure:  Mari Kuraishi and I also wrote a chapter called "Competing with Central Planning" in that book, and GlobalGiving is mentioned in White Man's Burden.)

One of the reasons Mari and I left the World Bank to start GlobalGiving is that people were not satisfied with the once-a-year physical Development Marketplaces we started there.  One woman from South Africa asked us: "Why can't you also start a secondary marketplace that operates 24/7 365 days a year?"

Think of Bill's blog as his own 24/7 marketplace of ideas.  I hear rumors from an inside source that he is now thinking about writing his next book.   If so, you can get a heads up on his new ideas - and even participate in debating and honing them - through his blog.