Sticks and stones can break your bones, but words can never hurt you. Or at least that's what I learned when I was young.

But I was wrong. The power of words is everywhere. Some of the most powerful words in history are the following:

We hold these truths to be self-evident, that all men are created equal, that they are endowed by their Creator with certain unalienable Rights, that among these are Life, Liberty and the pursuit of Happiness. That to secure these rights, Governments are instituted among Men, deriving their just powers from the consent of the governed, That whenever any Form of Government becomes destructive of these ends, it is the Right of the People to alter or to abolish it, and to institute new Government.

But words can also do terrible harm, as Isaiah Berlin reminds us in this lecture he gave about Jean-Jacques Rousseau at Oxford fifty-seven years ago. Berlin describes the evolution of Rousseau's ideas, and how Rousseau's inability to overcome internal contradictions in his thinking led him to a delusional philosophy that laid the groundwork for fascism and communism. In dissecting the harm done by Rousseau's words, Berlin's own words provide a strong innoculation against all forms of totalitarianism. 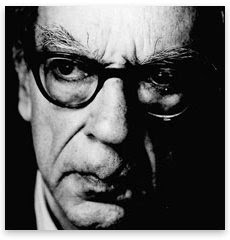 What a pleasure to be able to sit in and listen to this lecture as if one were a student at Oxford in 1952. Berlin is one of the best philosophers of the last century, and I am always surprised at how nontechnical and straightforward his writings are. There are four Berlin lectures available at iTunes, which deserves credit for making the spoken words of this extraordinary man available to us all.

(Thanks for the pointer, April!)
[GlobalGiving]
Posted by Dennis Whittle at 1:57 PM