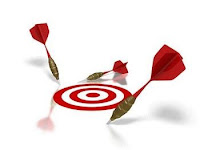 "It turned out we were solving the wrong problem."

That is Saul Griffith, a wunderkind inventor who created a new way to make eyeglasses on an inexpensive device in developing countries.  For that invention and others, Griffith won a MacArthur genius award.  The eyeglass machine was a great invention; unfortunately, the real constraint turns out to be testing eyes and writing accurate prescriptions rather than making the lenses.

Griffiths' story is highly relevant to the aid business, especially these days as new foundations and people with experience in technology are trying to help address challenges faced by the world's poorest.  A lot of smart people are trying to help, and since their expertise is in software or technology, they (naturally) try to use those tools first.

But as Griffith says in the article, "The speed with which software-based activities and web innovations catch on - text messaging, eBay, Twitter - has encouraged public perception that transformative technological change takes place almost instantaneously."  Unfortunately, this is not the case with most development challenges, as in the case of the new eyeglass machine.

A more fundamental problem is that the inventors don't have a good way to assess demand.  So they invent all sorts of things that *seem* to make sense, but turn out not to be used or adopted by the intended beneficiaries.  Over at the CGD blog, April Harding has written about the "product pileup" in the health sector, where new agencies and foundations have created products such as Malaria Rapid Diagnostic Kits and bednets.  She cites a book by Laura Frost and Michael Reich that discusses why these innovations are not being adopted, and what can be done to reduce this mismatch between supply and demand in the health sector.

With support from the Rockefeller Foundation, GlobalGiving and Innocentive have teamed up on a pilot to reverse the sequence of innovation.  First, we ask the communities what they need.  And then we advertise that need to Innocentive's virtual teams of inventors.  This pilot is described here.


Illustration source: http://www.buzzle.com/articles/small-business-financing-is-missing-the-target.html
Posted by Dennis Whittle at 11:51 AM