"If You Must Forecast, Forecast Often" 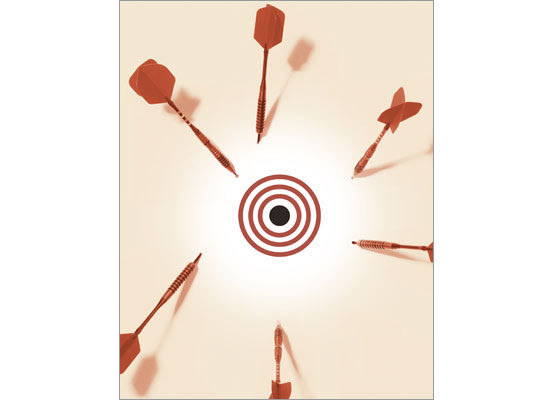 "Gold is going to $2,800 or higher, mark my words. It is THE ONLY hedge against the coming hyperinflation."

That is what someone told me recently at a conference.  I asked him how sure he was, and he reminded me that he works for one of the very few investors who predicted the subprime crisis.  "My boss is a genius," my table mate said.   I went right home and started researching the best way to buy gold.

The only problem, according to Joe Keohane in a recent article, is that people who correctly predict an extreme event such as the subprime crisis usually have a terrible overall record.  Keohane reports on research by Oxford's Jerker Denrell and NYU's Christina Fang showing that those who correctly forecast an extreme event had "by far" the worst forecasting record among their peers.

This tendency relates partly to the phenomenon Bill Easterly periodically reminds us of - "regression toward the mean."  In other words, any person, organization, or even country that performs below average in one period is likely to improve toward the average (mean) in the next period.  And those that perform above average in one period are likely to do worse in the next.

It also builds on and extends Philip Tetlock's work showing that, on average, political experts do no better at predicting outcomes than flipping a coin.

I first learned about the regression to the mean phenomenon in 1983.  And I read Tetlock's work a couple of years ago.  So why was I so willing to listen to the guy at the conference?  Keohane says this is because of a cognitive tendency called 'base rate neglect.'  Humans rely too much on recent correct predictions and data, while downplaying or ignoring longer term data on success and failure rates.

Base rate neglect is why it pays for experts to forecast as often as possible.   And then, as economist Edgar Fielder quips: "If you're ever right, never let 'em forget it."

I haven't yet bought any gold.  But my base rate neglect is as bad as anyone else's.  So I still may buy an ounce or two.
=====

[Hat tip to my brother Patrick for flagging Keohane's article. Keohane is an excellent writer and Boston.com has some great content.]
Posted by Dennis Whittle at 7:39 PM