Happy is as Happy Does 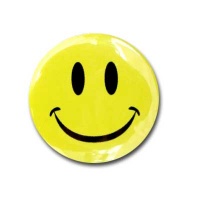 That was my reaction to Martin Seligman's new book Flourish: A New Understanding of Happiness and Well Being, due in bookstores on April 5.  Seligman, the godfather of the positive psychology movement, shows that he is an artist rather than a critic or theoretician.

In his new book, he sets out to expand the concepts outlined in his 2002 book Authentic Happiness. The earlier book described happiness as a combination of positive emotions, "flow," and meaning. In his new book, Seligman adds two more elements he considers critical: accomplishment and personal relationships. Together, these elements add up to well-being. Mix in some some self-esteem, resilience, and optimism, and you get flourishing.

If that sounds a little confusing, that's because it is. Conceptual coherence and theoretical frameworks are not this book's strong points. Seligman describes several exercises that are easy to do and result in a significant and lasting effect on people's self-reported sense of well being. (For example, each night, write down three things that went well that day and why.) Coming up with these exercises is high art - the description of their effect is compelling and left me promising myself to do them.

But instead of arguing his case by demonstrating it, Seligman spends too much of the book looking over his shoulder at his more theoretically inclined psychology colleagues, who are the high priests of that discipline. Seligman openly discusses the inferiority complex that lurks in the psyche of many experimental scientists such as himself, and he sets out to settle some scores with past and current colleagues. While this makes for entertaining reading for those with experience in the academy, most readers will be bored and distracted from the main question: what can people do to flourish by their own standards?

A quick look at his website suggests that the book could have been a great evidence-based how-to manual. And some of his insights could really lead to greater well being for society as a whole over the long term. But Seligman seems to feel that how-to manuals are not academically respectable, even if they are backed up by good evidence. This led him to write a book that is neither fish nor fowl. It is part theoretical, part instructional, part storytelling, part selling, and part personal introspection. Seligman admits that he refused much editorial assistance or feedback on the book, and it shows.

Though the writing and structure of the book are irritating, I wonder whether there is not something to  Seligman's approach. There is a whole new genre of writing on science and social science that feels almost formulaic in its style. As much as I love books like Nudge and Freakonomics, there is something predictable about them. The cover design and colors, the tone, the just-so turns. A friend the other day described some of these books as fast-food reading: they taste great and go down easy and give you the illusion of learning. But the next week you actually don't remember much other than you were delighted by reading them. By contrast, readers who persevere will remember many of the points that Seligman made in this book - and will act on at least some of them.
Posted by Dennis Whittle at 10:48 AM