The last time I saw my great Uncle James, I asked him how he was doing.  He said fine, though he was annoyed that he had shrunk by one inch, down to six foot-two or -three.  "And I can't dunk anymore," he said, though he was pleased he had been able to show the younger generation some good moves on the basketball court the previous week.

Uncle James died this morning, days short of his 95th birthday. His posture was better when I saw him a few months ago than mine will ever be. His good nature and kindness and decency set a standard.

He was my father's mother's brother. He had spent his career working in mining in eastern Kentucky and western West Virginia.  He was one of a kind. 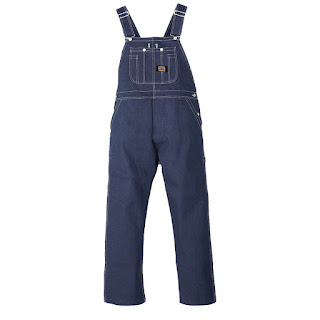 This great piece by Bill Easterly dissecting the temptations and dangers of stereotyping brought to mind the following story.


In 1979, I had a teaching assistant for my undergraduate statistics class at Chapel Hill. For some reason, the real professor was sick or a no show, so this guy had to teach the whole course. He was a good ol' boy - probably all of 24 or 25 years old - and he told us he was from rural North Carolina (Farmville, I think).  My heart sank when he walked in sporting an incredibly ill-fitting pair of overalls.  With a smirk on my face I tried - without success - to slip out the back door.  He called the class to attention, and said something to the effect of:

“Now listen up boys and girls.  I want you to write these five things down in your little notebooks, and if you remember nothing else from the entire semester, just regurgitate ‘em on the final exam, and you will pass.  Here we go, ready? 1) Population distributions (at least normal ones) have a mean.  2) Population distributions have a variance around the mean. 3) Populations with a positive mean can have part of their distribution in negative territory, and you gotta keep this in mind, because it can be really bad news.  4) Populations with different means often have hugely overlapping distributions, so they ain’t all that different when it comes down to it.  5) Over time, especially for human populations, the mean can change, the variance can change, and even the individual observations can change position in the distribution.  Now, let me show you how to draw this stuff, and then I want you to get your little butts out of here and go back to your fraternity and sorority parties.”

I wrote those five things down, and in those 30 minutes I learned half or more of what I know today  And it’s taken me decades to realize how lucky I was to have that “hick” in overalls for a teaching assistant.  I wish I knew his name so I could thank him personally.
Posted by Dennis Whittle at 4:08 PM | Permalink